Night hunting for deer is illegal in all but a few very rare cases.

Deer hunting at night can get you in a lot of trouble and is considered a serious offense in every state.

A lot of new hunters are drawn to the idea of night hunting because they have heard deer movement is highest at night.

Luckily, deer are actually very active during the day so you can still be a very successful finding deer in the woods during the day.

There are other animals that you can hunt at night in quite a few states, some where you can even use night vision equipment.

In this article we are going to cover: 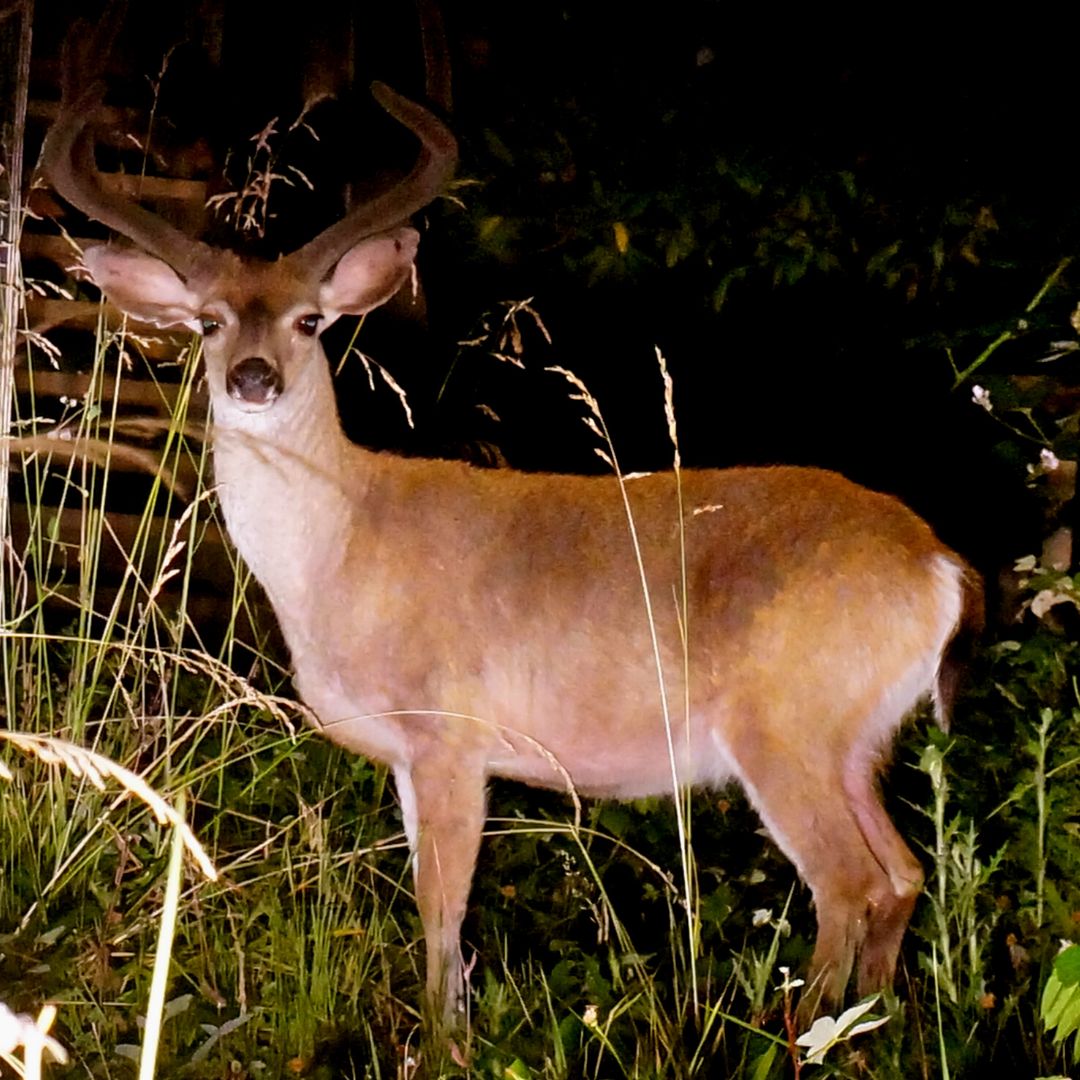 Is it legal to hunt at night?

The short answer is, it depends on the animal and the state you are hunting in.

When in comes to deer (and other game animals), in almost every state, it is illegal to hunt deer at night.

What states can you hunt deer at night?

There are rare exceptions like Alaska where it is dark such a large portion of the day that it is allowed as long as you can see without artificial light. In searching the states regulations, I could not find more detailed specifics on shoot times for game animals.

In the sections below we will get into the few options you might have if you really want to do some night hunting.

Why is hunting deer at night illegal?

There are a few reasons hunting deer at night is illegal. The main reason is that it is not safe.

When lethal weapons are being used to hunt a large game animal like a deer, there is serious potential for something very bad to happen. Injury or even death can be the result.

A gun should never be fired when you cannot see what is behind whatever you are aiming at.

An argument can also be made that deer should have some portion of their day when they are not being hunted.

Always being stalked and hunted is stressful for the deer. They already have to deal with the constant threat of other predators.

Can you hunt deer at night on private property? 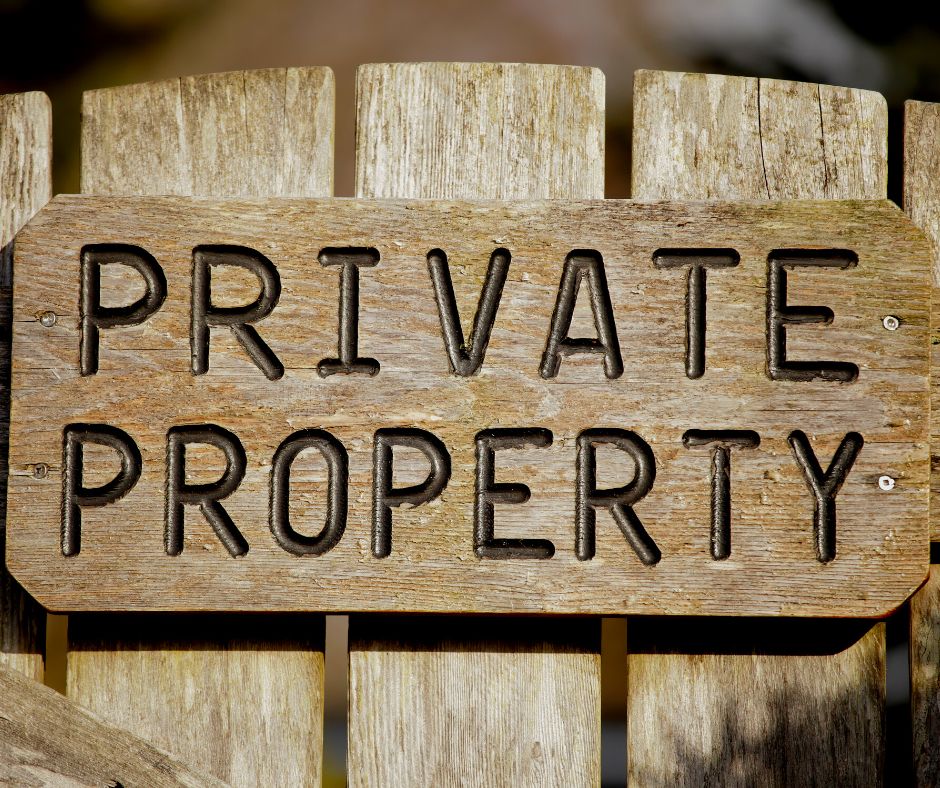 Deer hunting at night is still illegal even if you are on private property. The same laws that apply to hunting on public land apply here.

The one exception is there are a few states that issue special land owner permits to people like farmers that may allow them to hunt deer at night.

Spotlighting deer is a technique used by poachers to illegally hunt deer at night.

The concept is simple. You shine a very bright light out into the darkness and look for the eyes of deer that illuminate due to your powerful light. 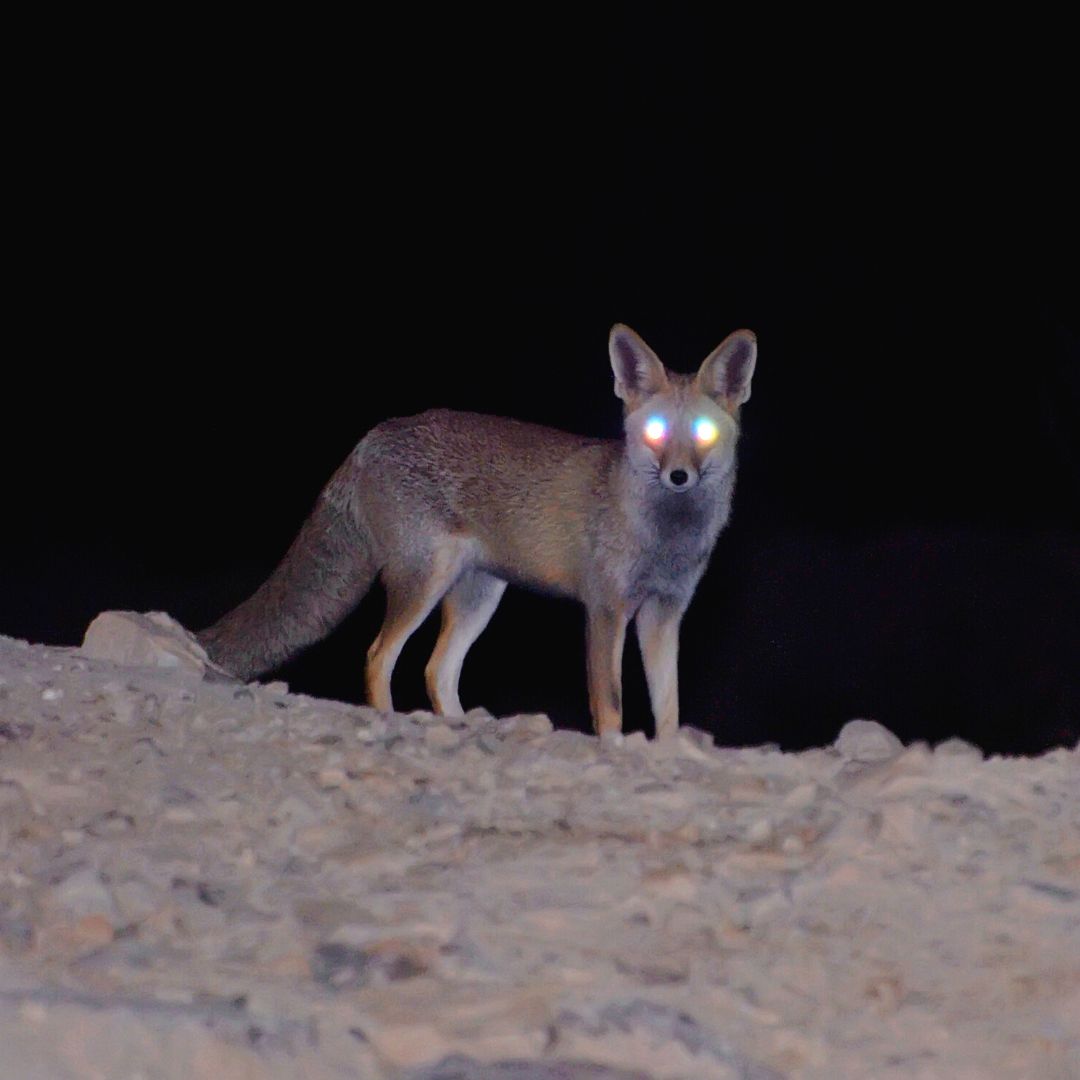 The light will often stun the deer, similar to how a deer reacts to the headlights of a vehicle. This gives the poachers an opportunity to shoot the deer.

If you are caught spotlighting deer, or are even suspected of doing so, you can be arrested. Do not take this lightly, it is a serious crime.

Using artificial lights to hunt deer is something you should avoid at all costs.

What happens if I get caught hunting deer at night?

If you get caught hunting after hours, you will be in for a bad time. Hunting illegally at night is considered poaching, a serious offense. The ramifications can include serious jail time. 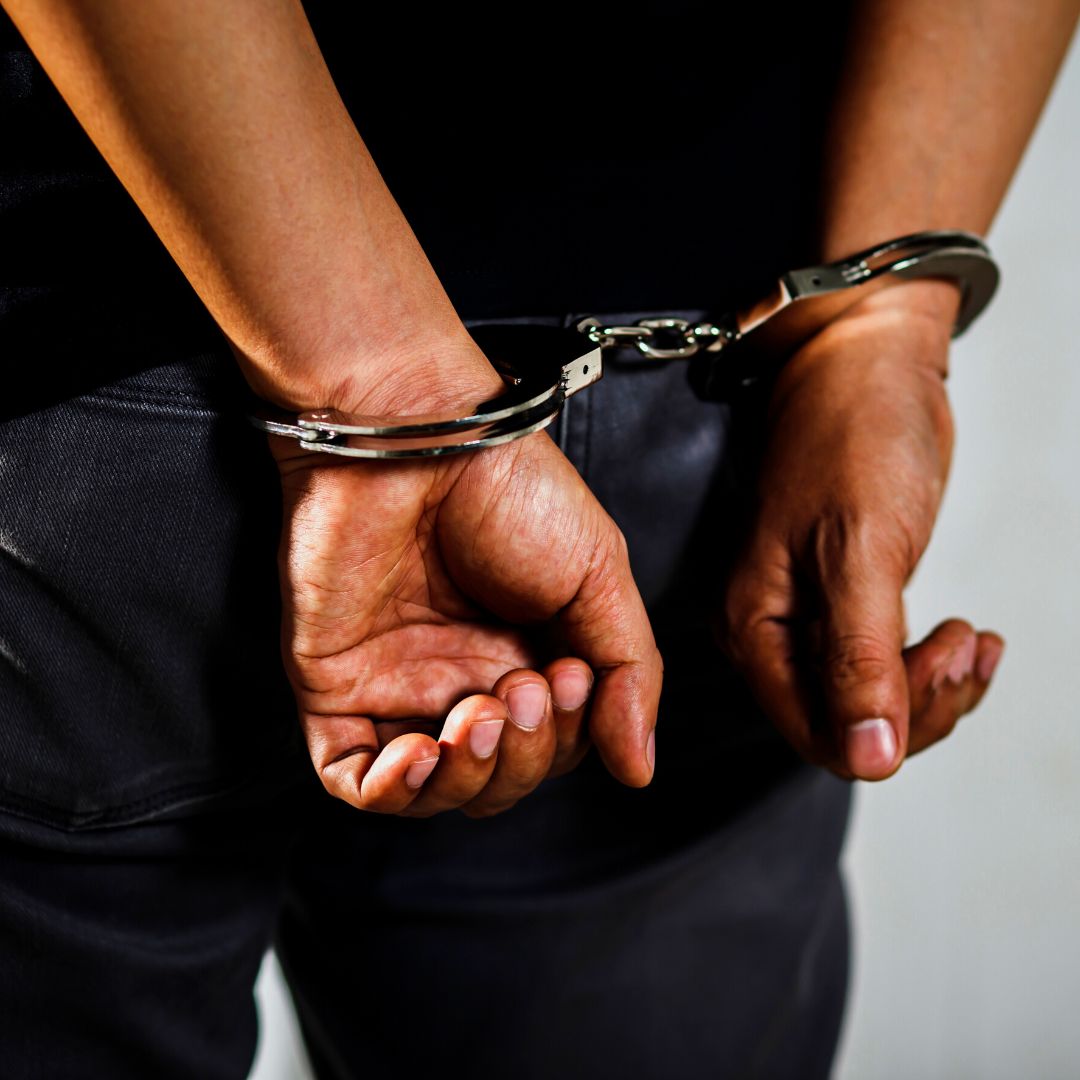 The game warden can take your gear, impound your vehicle, and put you in jail. Your chances of being able to purchase a hunting license in the future can go out the window as well.

How long after dark can you shoot a deer?

In practically every state, there is a time frame specified by law which you can hunt during.

This is usually something like 30 minutes before sunrise until 30 minutes after sunset.

Before going deer hunting, make sure to check with your states fish and game regulations because the window before sunrise and after sunset varies from state to state.

Note, this only applies during hunting season and if you have a license to hunt deer. Deer hunting out of season, no matter what time of day, is always illegal.

What animals can you hunt at night?

If you insist on hunting at night, please do so with caution. Shooting at night can be extremely dangerous if you are uncertain of your surroundings.

With that said, there are some states where you can hunt certain animals at night. These animals are typically predators like coyotes, raccoons and foxes. Hunting feral hogs at night is also allowed in certain states.

Using a light for lamping rabbits at night is also popular, especially in parts of Europe. 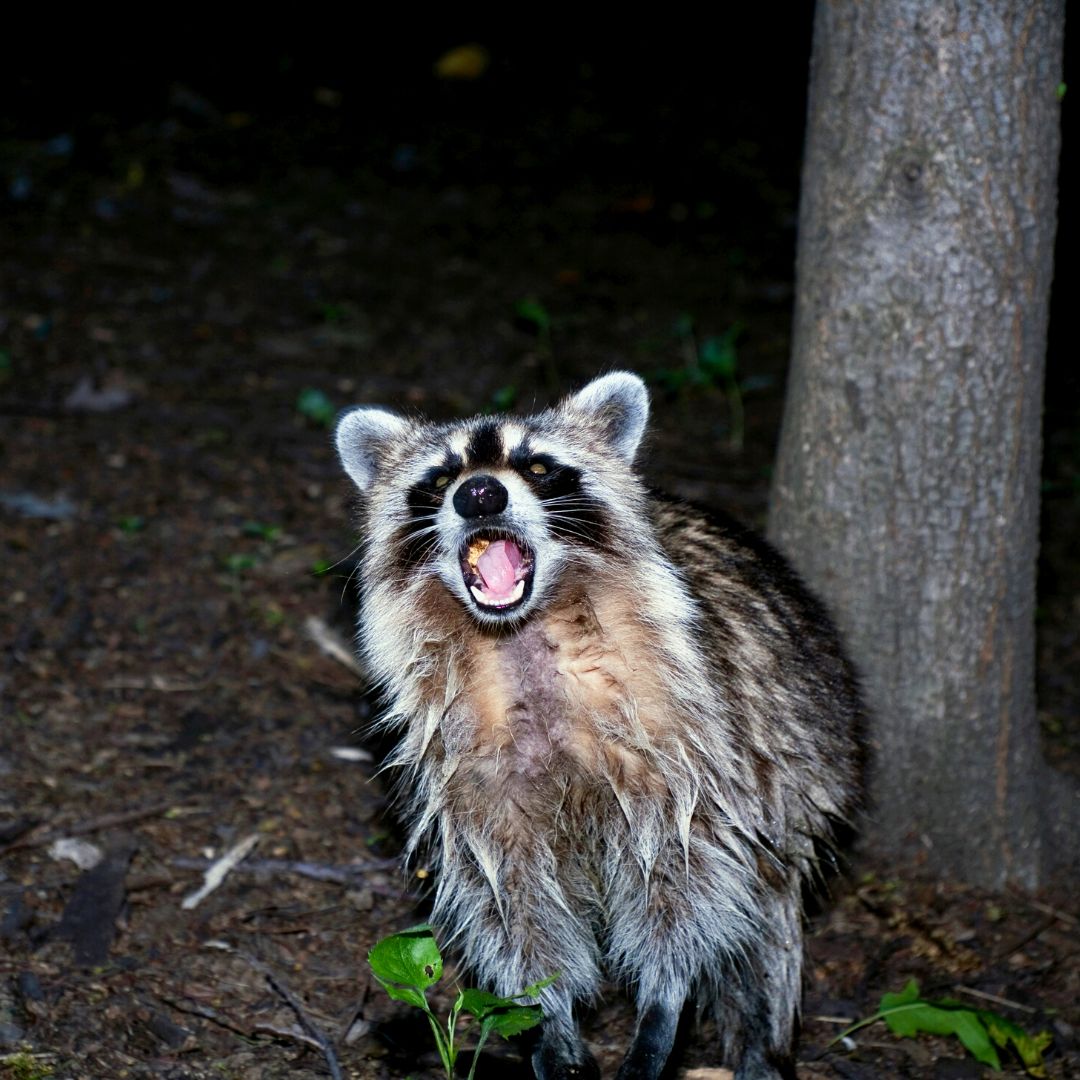 You will want to check with your state fish and game department to find out the specifics for where you live.

Even if it is legal where you live, you may need something like a coyote night hunting permit.

Can you use thermal imaging devices to hunt at night?

There are some states where thermal imaging or night vision devices are allowed at night. This will only apply in states that allow night hunting in the first place.

For example, in Texas you are allowed to use night vision equipment on non-game wild animals without much restriction.

Contrast that with California where night vision devices are strictly prohibited.

The rules vary too much from state to state to give a blanket answer. Your best bet is to consult your states regulations to find out exactly what is and isn’t allowed.

Night vision scopes can be very expensive because they use sophisticated electronics to amplify the small amount of visible and IR light.

Make sure you know if you are allowed to use night vision before investing in it.

What if your deer only move at night?

Many hunters get frustrated when they aren’t seeing any deer or only see deer movement at night, often on game cameras.

Luckily we can turn to the work of the Mississippi State University Deer Lab for answers.

They have studied deer movement patterns and tracked their behaviors over periods of years in different studies.

One of the key findings is that during October and November, about 33% of buck movement happens during daytime hours.

So, the science says that deer do in fact move more at night. But it also says a significant amount of their movement happens during the day.

In virtually every case, night hunting for deer is illegal. We have talked about the rare exceptions above but chances are they won’t apply to you.

Hunting raccoons, coyotes, and other predators is legal in some states. Many even allow the use of night vision devices.

If you would like to learn more about being a successful deer hunter, checkout our page with all of our deer hunting tips.