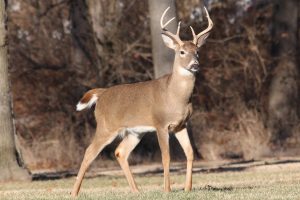 Deer antlers are one of natures mysteries.

Their iconic look is what draws many of us to hunting but have you ever wondered what they are actually for? And why do they fall off every year?

It turns out that deer antlers have many interesting and unique qualities.

So if you are as intrigued as I was by a deer rack, then here are some incredible facts you may not know about deer antlers.

Antlers Are Not Horns

Antlers and horns are not the same thing.

Although they are incorrectly called horns often, deer do not have horns. Horns are different because they never fall off.

Deer shed and regrow their antlers every single year, which is why they are called antlers and not horns.

So make sure you call them antlers from now on.

What are Deer Antlers for? 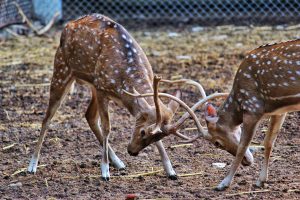 We aren’t the only ones that think they look cool.

According to Wikipedia, they are viewed by females as objects of sexual attraction.

Once the antlers are fully developed, bucks use them to fight each other in order to gain control over harems of does for mating.

Deer actually start to spar while they are still in velvet in order to build social ties and establish dominance over other bucks in the local region.

Believe it or not, deer antlers are one of the fastest growing tissues on earth. 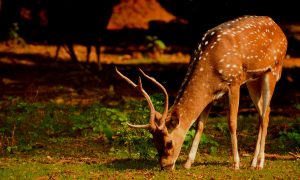 An adult buck’s antlers can grow as fast as 1/4 inch per day!

When a bucks testosterone levels (see below) spike and signal it is time for the antlers to start growing, deer develop a layer of what is referred to as velvet on the outside of their antlers. This velvet is actually living tissue and delivers oxygen and nutrients which allow the antlers to grow so fast.

Once the antlers are close to fully developed, the velvet starts to die off and shed, mainly through sparring with other bucks and rubbing them on trees and brush.

A key ingredient to a deer antler growth is nutrition. In order for a antler development to reach it’s potential, the deer must be adequately nourished. Deer must be consuming a diet of around 16% protein. Oats, alfalfa, and food plots are great ways to make sure deer are getting enough of the nutrients they need.

So if you want to make deer antler size is maximized, good deer feed is critical.

So what tells antlers when to grow and when to fall off?

The level of testosterone in a buck’s body directly influences antler growth.

Before the fall, the testosterone levels in a deer elevate and cause the antler to start to grow. The antler is initially covered with velvet. The velvet provides oxygen and nutrients to the antler that it needs to grow. 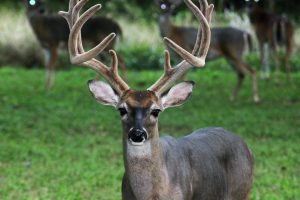 As the rut approaches, the velvet has fallen off and been worn away by the buck scraping it’s antlers on trees, brush, and other deer.

The antlers are now ready for their primary use discussed above: winning mates.

After the buck has successfully (or unsuccessfully) mated and the rut is over, the testosterone levels in their body drastically drop. This serves as a signal that it is time for the deer to shed their antlers.

The deer will then go about it’s life without antlers until the next summer rolls around.

Why do Antlers fall off? 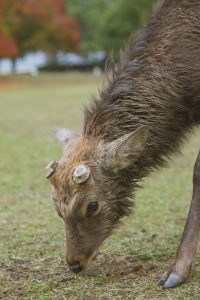 As we just went over, testosterone signals when deer shed their antlers.

But why do they fall off in the first place?

Well, they fall off because their job is done for the year. Once a buck has made it through the rut, the antler begins to weaken. Once they start to fall if, it usually takes about 2 weeks for them to fall off completely.

This allows the deer to start the process all over again the next year with a fresh, healthy set of antlers fit for sparring with other bucks.

Antler Base is Called a Pedicle 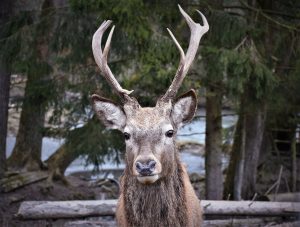 Have you ever heard of a pedicle?

But while doing some research on deer antlers, I learned that this is what the base of the antler is technically called. The pedicle is right where the deer antler attaches to it’s head.

Although deer are born with spots, they don’t start to develop a pedicle until they are almost one year old.

It turns out that the pedicle is largely responsible for how a deer rack ends up looking. When you see a deer with an odd looking set of antlers, it is likely that the pedicle was damaged at some point during the life of the deer.

After a deer sheds it’s antlers in late winter/early spring, the pedicle is temporarily an open wound. They actually scab up for a period of time, then heal, and the cycle starts all over.

Can you eat deer antlers?

Believe it or not, you can actually eat deer antlers.

Eastern societies have been using deer antlers in remedies for centuries.

Another way you can consume is by boiling them to make a gelatin mixture that can be used for things like pudding. 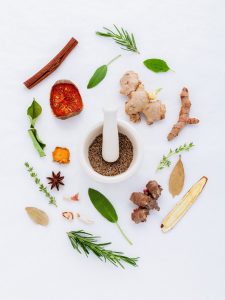 As mentioned above, eastern medicine has long touted the benefits of consuming deer antlers.

This supposed benefits include:

So far there isn’t much scientific evidence to support this claim but it sounds like the jury is still out.

The gelatin that can be made does have proven benefits. Gelatin is a key protein used by the body for bone, skin, and cartilage health.

Is that a buck or a doe?

Female deer can in fact grow antlers, but it rarely happens.

Why does this usually happen? 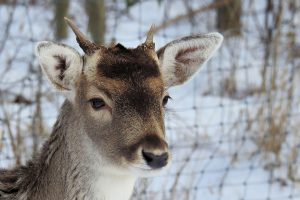 As we discussed above, testosterone is the key driver.

Some of these female deer with antlers actually have both male and female sex organs.

But these deer are incredibly rare so if you see a deer with antlers, in all likelihood, it is a buck.

Can Antlers Be Given to Dogs? 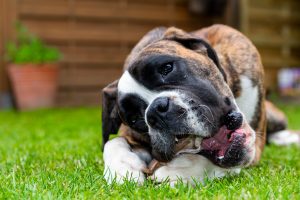 And antlers are essentially bone tissue.

So can you give your dog antlers to chew on?

Yes, you can but they may not be the best choice. The main issue with dogs chewing on antlers is that there is a risk of the antlers splintering and causing damage once inside the dogs body.

Another risk is your dog choking on the bone once it has been gnawed down enough that they may try to swallow it.

With so many great products for your dog to chew on, I don’t think it is worth the risk.

The VOHC has some good recommendations here.

So what have we learned so far?

Deer antlers are fascinating creations of nature. We hunters are used to looking at the bleached skull of a European mount but there is more to appreciate about them than just their looks: